The Next Bright Lights of Eindhoven

Paris may be the more well-known City of Light, but we may argue that Eindhoven has had a closer association with light and light-based technology. The earliest Dutch match manufacturers, the Philips light bulb factory, and ASML’s enormous optical lithography systems were all located in Eindhoven during the course of the city’s 150-year history. And today, Eindhoven is one of the worldwide hubs of the emerging photonics industry. The heritage of Eindhoven’s light technology is one that EFFECT Photonics is honored to continue into the future.

From Matches to the Light Bulb Factory

Eindhoven’s nickname as the Lichtstad did not originate from Philips factories but from the city’s earlier involvement in producing lucifer friction matches. In 1870, banker Christiaan Mennen and his brother-in-law Everardus Keunen set up the first large-scale match factory in the Netherlands in Eindhoven’s Bergstraat. In the following decades, the Mennen & Keunen factory acquired other match factories, and promoted the merger of the four biggest factories in the country to form the Vereenigde Nederlandsche Lucifersfabriken (VNLF). After 1892, the other three factories shut down, and all the match production was focused on Eindhoven. Over the course of the next century, the Eindhoven match factory underwent a number of ownership and name changes until ceasing operations in 1979.

Two decades after the founding of the original match factory, businessman Gerard Philips bought a small plant at the Emmasingel in Eindhoven with the financial support of his father, Frederik, a banker. After a few years, Gerard’s brother Anton joined the company and helped it expand quickly. The company succeeded in its first three decades by focusing almost exclusively on a single product: metal-filament light bulbs. 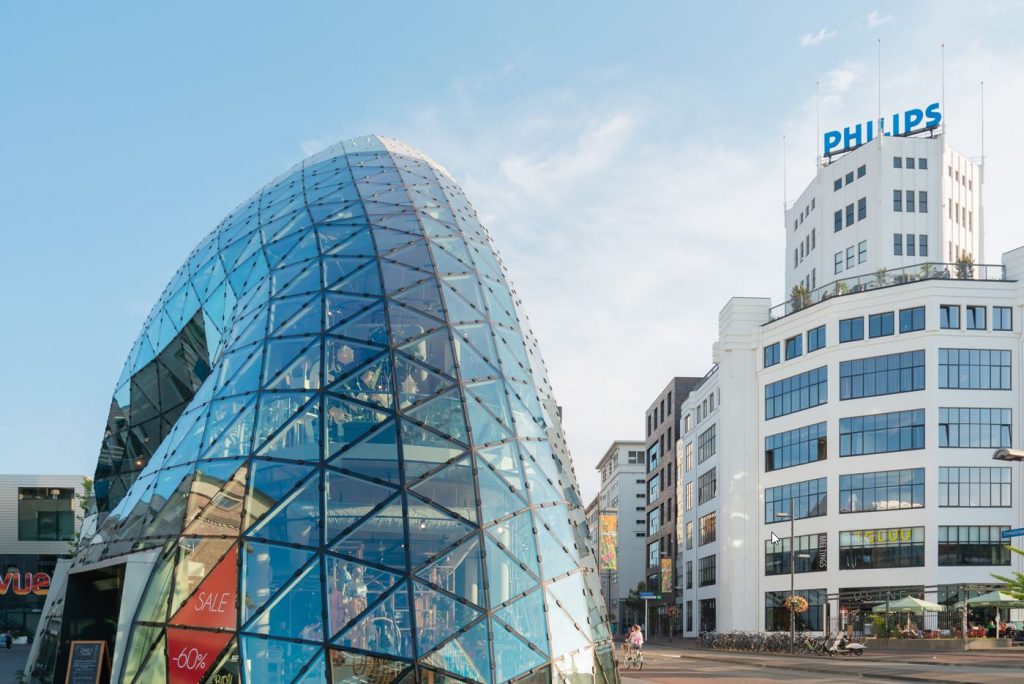 Over time, Philips began manufacturing various electro-technical products, including vacuum tubes, TVs, radios, and electric shavers. Philips was also one of the key companies that helped develop the audio cassette tape was Philips. In the 1960s, Philips joined the electronic revolution that swept the globe and proposed early iterations of the VCR cassette tape.

From ASML and Photonics Research to Philips

In 1997, Philips relocated their corporate headquarters outside of Eindhoven, leaving a significant void in the city. Philips was the primary factor in Eindhoven’s growth, attracting many people to the city to work.

Fortunately, Philips’ top-notch research and development led to several major spinoff companies, such as NXP and ASML. While ASML is already well-known across Eindhoven and is arguably the city’s largest employer, it might just be the most important tech company the world hasn’t heard of. In order to produce the world’s electronics, ASML builds enormous optical lithography systems that are shipped to the largest semiconductor facilities on earth. The scale of these systems requires engineers from all fields—electrical, optical, mechanical, and materials—to develop them, and that has attracted top talent from all over the world to Eindhoven. Thanks to their growth, Eindhoven has developed into a major center for expats in the Netherlands. 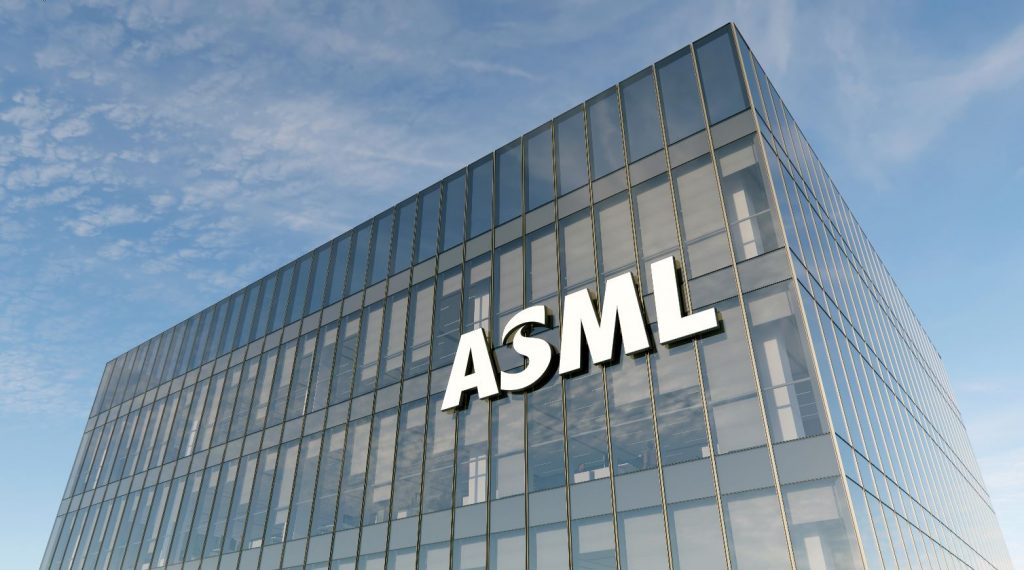 As ASML grew into a global powerhouse, the Eindhoven University of Technology (TU/e) worked tirelessly over the last 30 years to develop the light technology of the future: photonics. Photonics is used to create chips like the electronics inside your computers and phones, but instead of using electricity, these chips use laser light. Replacing electricity with light dramatically increases the speed of data transmission while also decreasing its power consumption. These benefits would lead photonics to have a significant impact in several industries, especially telecommunications.

Bringing Photonics into the Real World from the Lab

The photonics discoveries occurring in Eindhoven have been making strides in the lab for the last 30 years, and now they are finally becoming businesses. The founders of EFFECT Photonics were once TU/e students who wanted to take their lab research outside into the real world. Like us, there are many other companies in who are trying to bring new and exciting technologies into market, such as SMART Photonics (semiconductor manufacturing), Lightyear (solar electric cars), or Aircision (free space optics). Many of these companies have gathered in the High Tech Campus in Eindhoven and the PhotonDelta cluster, which gathers photonics companies in the Netherlands. The figure below provides a comprehensive picture of the entire PhotonDelta Ecosystem. 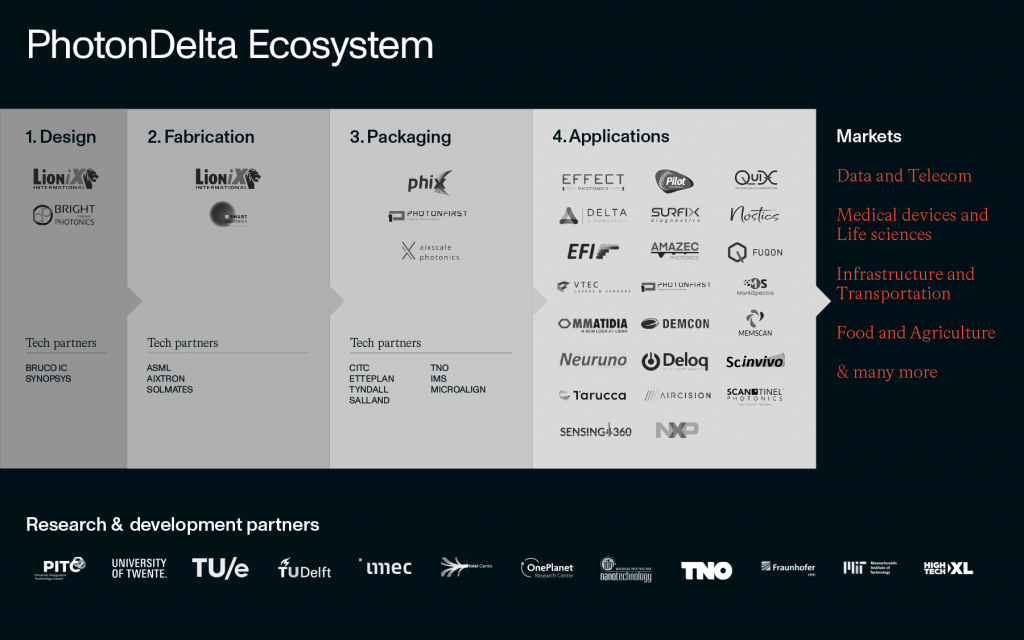 The TU/e environment has also championed processes that allow integrated photonics to become more widespread and easier to develop for market applications. The JePPIX consortium has aimed at creating a common platform of indium-phosphide chip design and manufacturing blocks that can become a “language” that every photonics developer in Europe can follow to make their devices. Meanwhile, photonics research and develop continues on many fronts, including biomedical devices, next-generation telecommunications, and improving photonics manufacturing’s compatibility with electronics. Hopefully, additional companies will emerge in the next years to bring these novel technologies to market.

As you can see, Eindhoven has a long history with light, from matches to light bulbs to TVs to optical lithography and photonics. The heritage of Eindhoven’s light technology is one that EFFECT Photonics is honored to carry into the future.